Here are a few of the photos I took using my iPhone. Bayboro Harbor is located in downtown St. Petersburg, FL and the home of the Univ. of South Florida St. Petersburg.

David Brodosi - The Joys of Cozumel 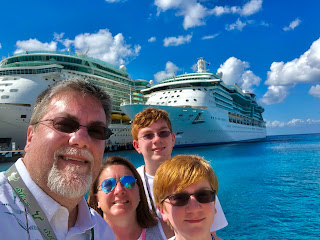 Cozumel, Mexico, is one of the most striking places on earth when it comes to breathtaking sights, exotic activities, and plenty of fun for the whole family. The island is a famous cruise ship port stop in the Caribbean sea and is mostly famous for its untapped nature, scuba diving spots, and Mayan ruins. Nature and outdoor activities make Cozumel an ideal spot for family fun, once-in-a-lifetime photography sessions, and ancient wonder. If you are traveling to Cozumel, here are some things you should see and do. This was a great place for the Brodosi Family Vacation!  - Meet Some Dolphins! Cozumel is a major ‘hot spot’ for the world’s smartest ocean creature. These clever little water mammals are incredibly social, and visitors of Cozumel can have the chance to swim with, photograph, and experience these majestic creatures on the island through multiple nature preservation groups. Dolphin Discovery Cozumel is one such family-friendly
Read more 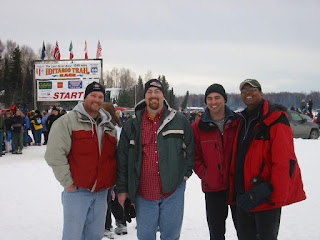 Throwback Thursday to Anchorage Alaska!! Hanging with friends in downtown Anchorage Alaska Back in early 2k. Waiting for the Iditarod race to start! Cheers, David Brodosi #Throwback #throwbackchallenge #Alaska #iditarod #traveling #friends #family #brodosi   https://www.instagram.com/p/CAdOdtkJItF/?igshid=1njz3y45iej9j David Brodosi David Brodosi David Brodosi We are a family of travel enthusiasts, we are blessed with a multitude of experiences, interests and beliefs. We share the world and life with everyone. We also love our jobs - with all our passions, our challenges, our successes and our failures. We enjoy meeting new people, and sharing our experiences and passions with them. We are always in contact with new people, and that is the most special part. David Brodosi is an experienced team leader with a demonstrated history of success in the higher education industry. David Brodosi provides guidance on tech strategies and trends for state-of-the-art classrooms, course development
Read more